U bent hier: Instituut voor Neuropathie / What is the definition of neuropathic pain?

What is the definition of neuropathic pain?

What is the definition of neuropathic pain? At the Third International Congress on Neuropathic Pain in Athens, Hansson, Backonja, Bouhassira and Attal spoke about ‘How to Diagnose Neuropathic Pain’.

In the workshop it became clear that on the question “what is neuropathic pain” there was no agreement in the pain community. 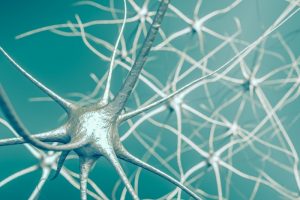 Hansson reviewed the new definition on neuropathic pain and the graded diagnostic system proposed recently by the German group of Treede et al. 2008.

Treede stressed the fact that the diagnosis of neuropathic pain should rely on identification of a neurological lesion or disease.

The former definition of the IASP 1994 on neuropathic pain is

In the discussion Bouhassira pointed out that it is important to leave the word “dysfunction” in the definition, and therefore not to discard diseases which don’t have a clear lesion. Though are very real as schizophrenia and congenital epilepsy.

Bouhassira also pointed out that one limitation of the Treede proposal is that it does not take into account the characteristics of pain. He stated that over the last years, it had become clear that neuropathic pain is characterized by the combination of a relatively small number of ‘core’ symptoms (particularly burning pain, electric shocks, dysesthesia, allodynia to brush). This distinguishes it from other types of chronic pain.

Although none of the pain descriptors seem to be specific standing, alone studies showed consistently that the combination of a relatively small number of symptom items was sufficient to discriminate neuropathic pain from other chronic pain states. Based on these findings the development and validation of a series of simple clinical tools, in the form of questionnaires emerged, such as the DN4.

Different neuropathic pain questionnaires are developed independently and in parallel in different countries. This symptom based approach seems superior over a more anatomical based approach. Clearly there is a discrepancy at the moment between the French and the German approach how to define neuropathic pain.

Watch our video’s about Neuropathy.